Healthcheck SQL Server: The APK for your database environment 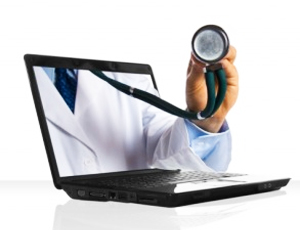 The MOT is a known and accepted inspection for cars. Logical, because it is mandatory and because transport is crucial. Databases are also indispensable, but regular inspection is strangely enough a voluntary choice. And that while a modest health check can bring you a lot.

Do crucial parts still work properly? Is the daily tax still in line with the original purchased? Should there be rotation? These kinds of questions are discussed with an APK of cars and essentially also with a sql health check of your SQL Server installation. Where the car is concerned with brake fluid and tires, databases involve things such as backups, log files and ‘loading capacity’. Make no mistake: an installed and adjusted database can certainly use a critical inspection. Even if you carry out maintenance properly, or have it carried out.

After all, usage and needs change. The question is whether your database installation will go along with this and whether additional optimizations are possible. Just like changing tires can improve your car’s steering and braking power, which doesn’t necessarily mean getting new tires. Such as wear on windshield wipers can be detected early, to prevent poor visibility and problems. Your SQL Server database has its own issues instead of these well-known maintenance issues. Many organizations believe that a health check is not necessary because their databases and systems relying on them work well. “Well, then we’re going to see that, right? Go ahead, put the thermometer in”, says account manager Ed Kisman of DBA.nl enthusiastically. Together with the principal SQL Server consultant, he outlines some of the scenarios that can then come to light. “In practice, there always seems to be room for improvement,” says Kisman. Although these do not always have to be major issues, they should preferably be tackled immediately. Sometimes they are mainly recommendations for smaller fine-tunings or it is necessary that SQL Server performance tuning is performed. 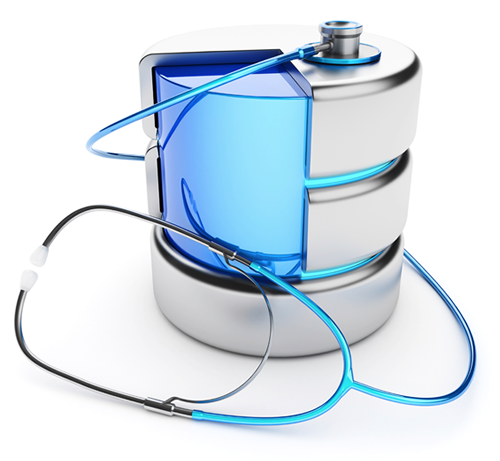 However, the practical examples that Kisman can provide can also be ‘silent killers’. Think of the unnoticed filling of disks due to constantly expanding logs, or of older logs that are overwritten when this is not desirable. Also consider incomplete checking of the integrity of the database. This integrity must be in order both on a physical level (such as the storage media used) and on a logical level (such as in the database itself). Abuses in this area have a noticeable impact on the performance of the database. Another problem with significant adverse impact is “memory economy” for virtual servers running a database. Organizations then have too limited memory space allocated to a virtualized database on the physical server. This has an inhibiting effect on the performance level because the system has to swap data in and out of memory each time, explains Van Dijk. That data then comes from the relatively slow disks, instead of from the much faster memory. And with the next database operation in which the memory boundary is set, data has to be written to the slow disk storage again and then the necessary fresh data has to be read again from those hard disks. Speaking of storage: what Kisman says is also common is a poorly configured backup. Or sometimes even no backup at all. That can escalate a problem into a disaster. “Our advice is to perform a restore at least once a year.” It is also important to measure how much time it takes to restore the backup. And how much longer (or possibly shorter) that is than the previous test of the repair surgery. This provides insight into recovery for the IT infrastructure and thus the entire organization after a failure or disaster.

Another ‘invisible’ shortcoming is a multitude of different databases, Kisman tells us from experience. The ease with which a new database is created causes proliferation. Not only in terms of installations of the software, but also in terms of different versions of it that have come into use over time. In addition, there are often also various versions: a sum of free databases and mid-level databases. Addressing this can sometimes lead to significant cost savings. How? By consolidating those many lightweight databases – including the free versions – into fewer databases, or even one. Another factor is that Microsoft’s SQL Server has gradually ‘grown up’, Kisman points out. That server software was once a relatively lightweight, alongside a heavy Oracle installation as the primary database. But nowadays SQL Server is a serious database. Yet it is often still ‘a neglected child’ at companies, Kisman explains, whose supervision is then assigned to system administrators. The management of SQL Server has not always ‘grown’ with the maturing of the software itself, as well as of its use. Management is not always taken up at a serious level, partly because this database is rather intertwined with the server operating system and other sql services from Microsoft. As a result, a server administrator may also have been given the role of database administrator, while these may be completely different tasks in terms of content. Kisman speaks of “a large gray area”. That is why a database health check is always a good idea.

Ultimately, a database health check provides the monitored ‘patient’ with a report containing findings and recommendations. The first is for matters that require immediate action, Kisman clarifies. The second is for things that could be done better but that don’t have to be done immediately. In addition, DBA.nl provides a good, clear explanation of what can be improved and what the effect of the proposed improvements will be. Sometimes the findings come down to logical advice, which can be an eye-opener for some organizations. For example, performing a database restore once a year. To see if that process really runs correctly, to see how long that takes, and to determine whether the restore might need to be set up differently. In other cases, the DBA.nl report provides more complex advice; for example, for adjustments to get more performance from the database with the current SQL Server hardware through sql performance tuning. Also questions about sql server 2008r2 support or related to sql server 2012 support can be answered during a health check sql server.

Tell me more about the SQL Server HealthCheck!

Would you like to receive a quote? Fill in the form and you will receive the quote by email.